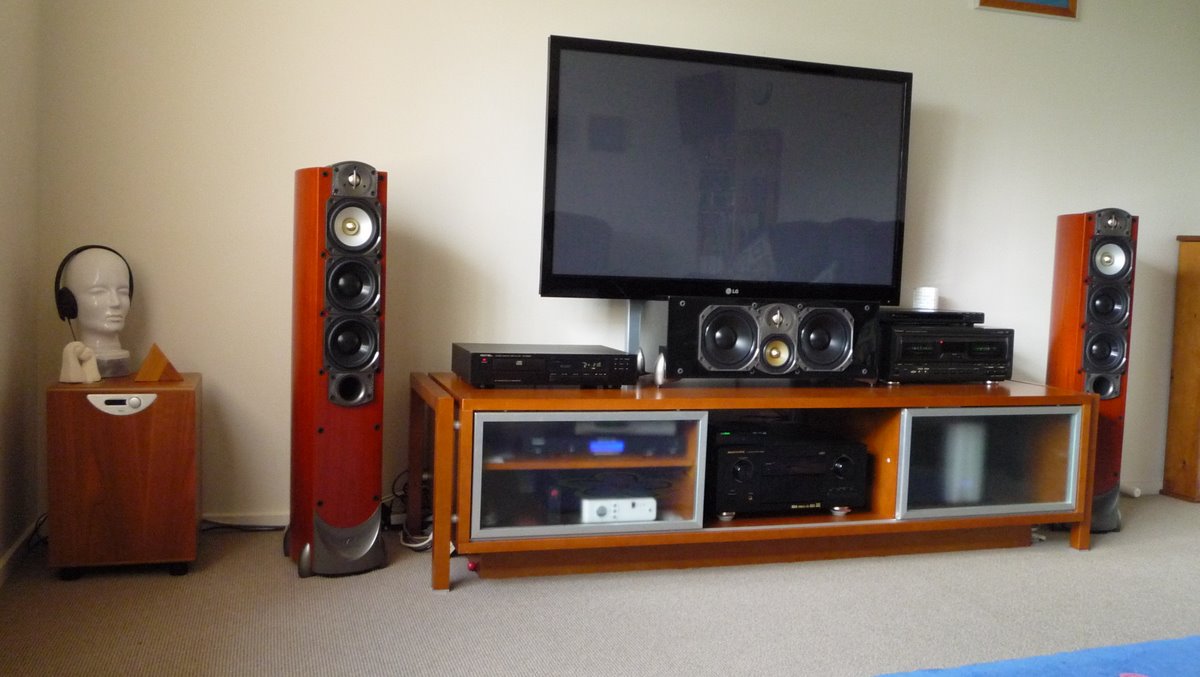 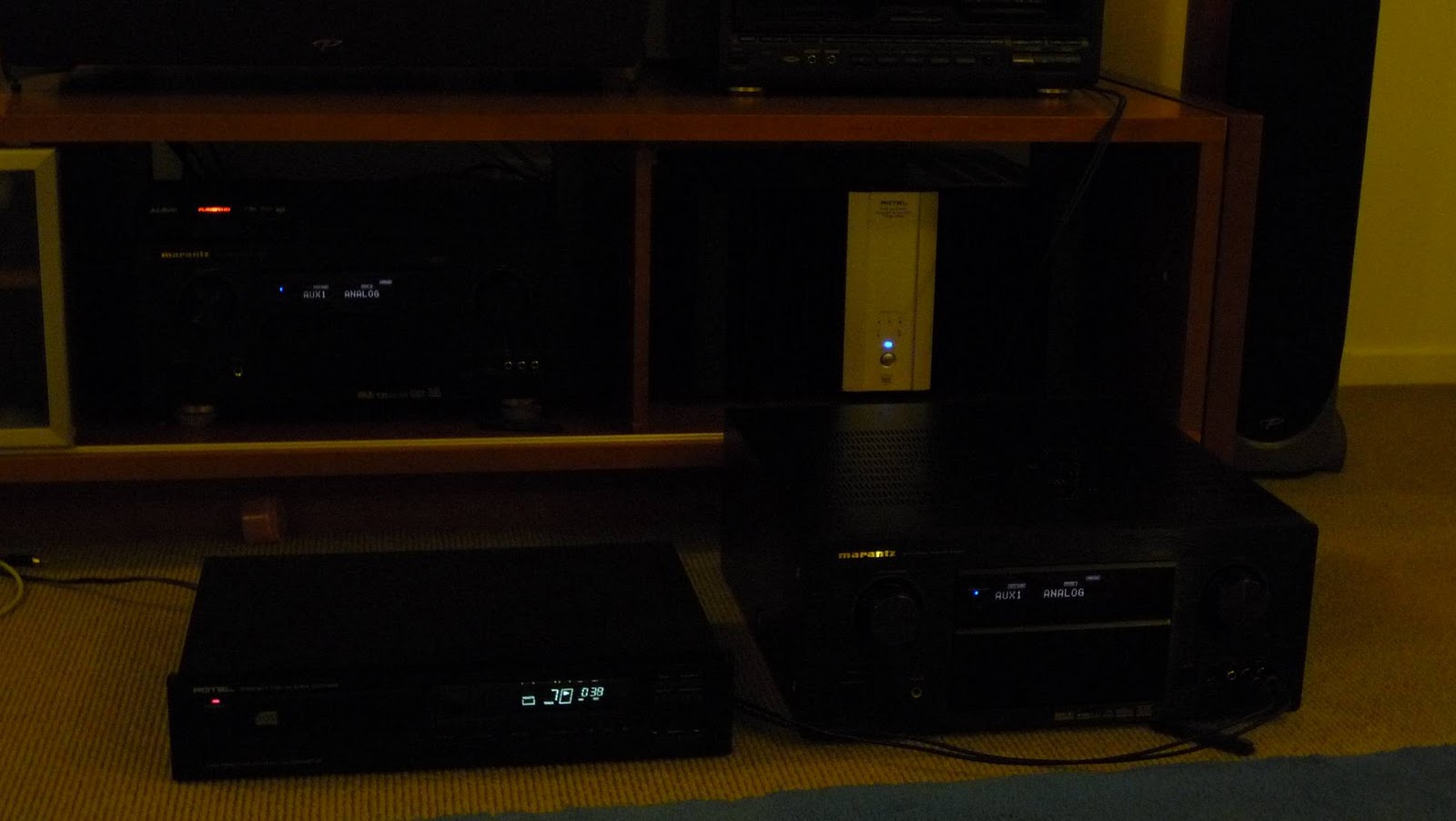 Here are some pics of my system.

Marantz SR-8500 with dual discrete opamp.Only used as pre amp.Rotel RCD-965BX with single discrete opamp and clock. Plus loads of mods to power supply. Awesome machine. Rotel RMB-1095 didn’t find the need to mod it best amp I’ve ever had and loads of detail for HT or two channel. REL Stratos 5 down to measured 15Hz with Velodyne SMS1 :)

Mediagate from ACRyan. Several hard drives for concerts and movies. Old modded Kenwood to power the extra side AAD which get the same signal as the Surround rear. Only for small added effect while watching Concerts and Movies. The two AAD on the rear wall are leaving as they never get used. Speakers from Paradigm Centre C3 Signature. Studio S60 V.5 fronts. Monitor 3 rear.Technics 110CD player for back ground noise and a cheap Sony DVD for the kids. Saving for Blu Ray possible Cambridge as I need in built decoders.

Sound of system is warm yet still detailed so much so that I’m hearing headphone detail through the speakers since the discrete opamp went into the Marantz. Midrange is smooth and detailed I have tested it with several opamps LA4562 OPA2143 5532 etc none came close to the discrete opamp. Would love to build or buy some nice regs for the bursons but takes a while to get hifi fund high enough :( Bass is fast and very detailed best I’ve ever had it since putting Bursons into my system. Also have Rotel RCD855 and 865 the 855 has single crown TDA1541 nice but not as nice as the 965. 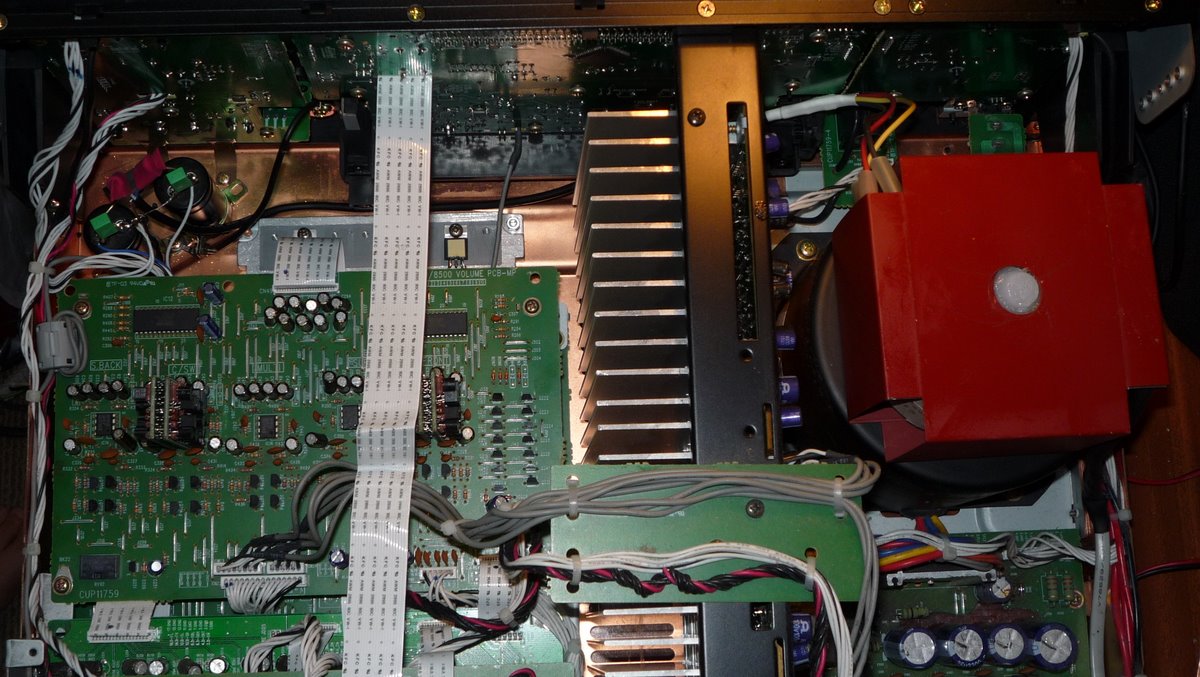 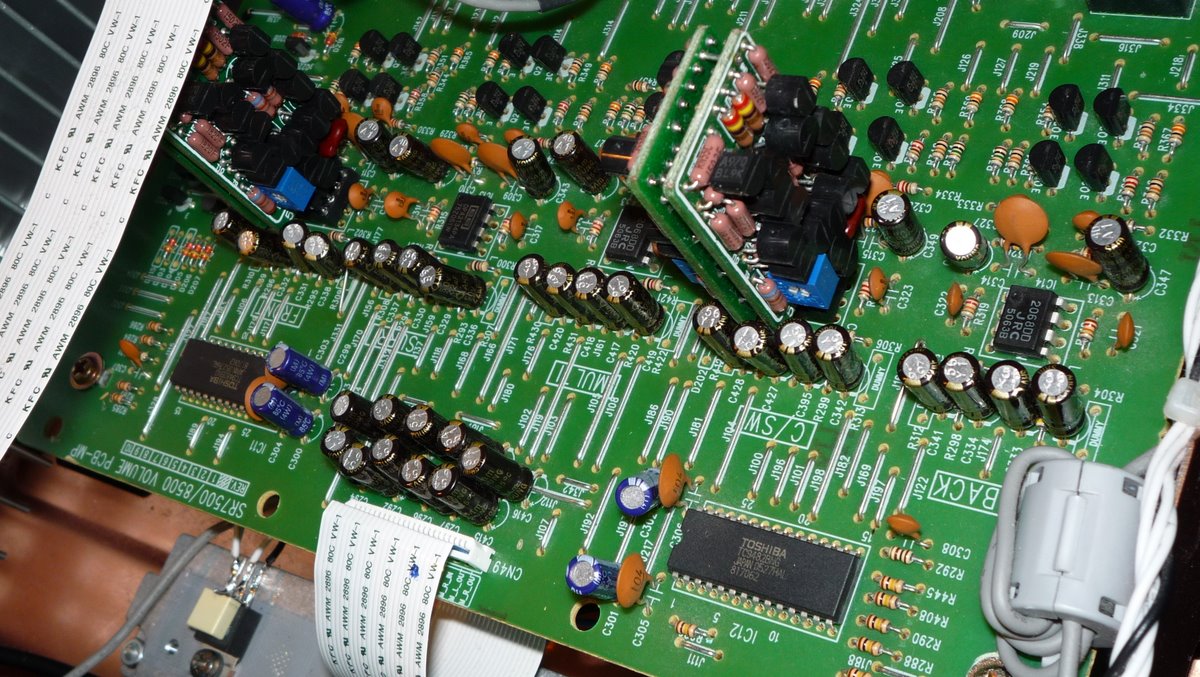 The 865 is pretty much the same as the 965 so use it to make comparisons after each mod just to make sure I’m not going backwards.

I have been looking for new HT amp but nothing comes close to the now old 8500 everything is getting cheaper and cheaper but not in $ terms. Real shame as there used to be some good equipment out there that was build to last. Noise out of the 8500 is so low compared to a lot of new stuff that it would possibly take a miracle for me to find some thing else that will do two channel as well as HT with good performance.

Follow up Review:
Just had a friend over with the same SR-8500 to see how much of a diff the Bursons discrete opamp made.
And he wants the same now J

The sound was more open better defined and clearer.

We used same cables, Cd Player was RCD-855 from rotel standard version rather than using my 965 with bursons discrete opamp. It was great to hear the actual diff rather than the before and after the MOD.