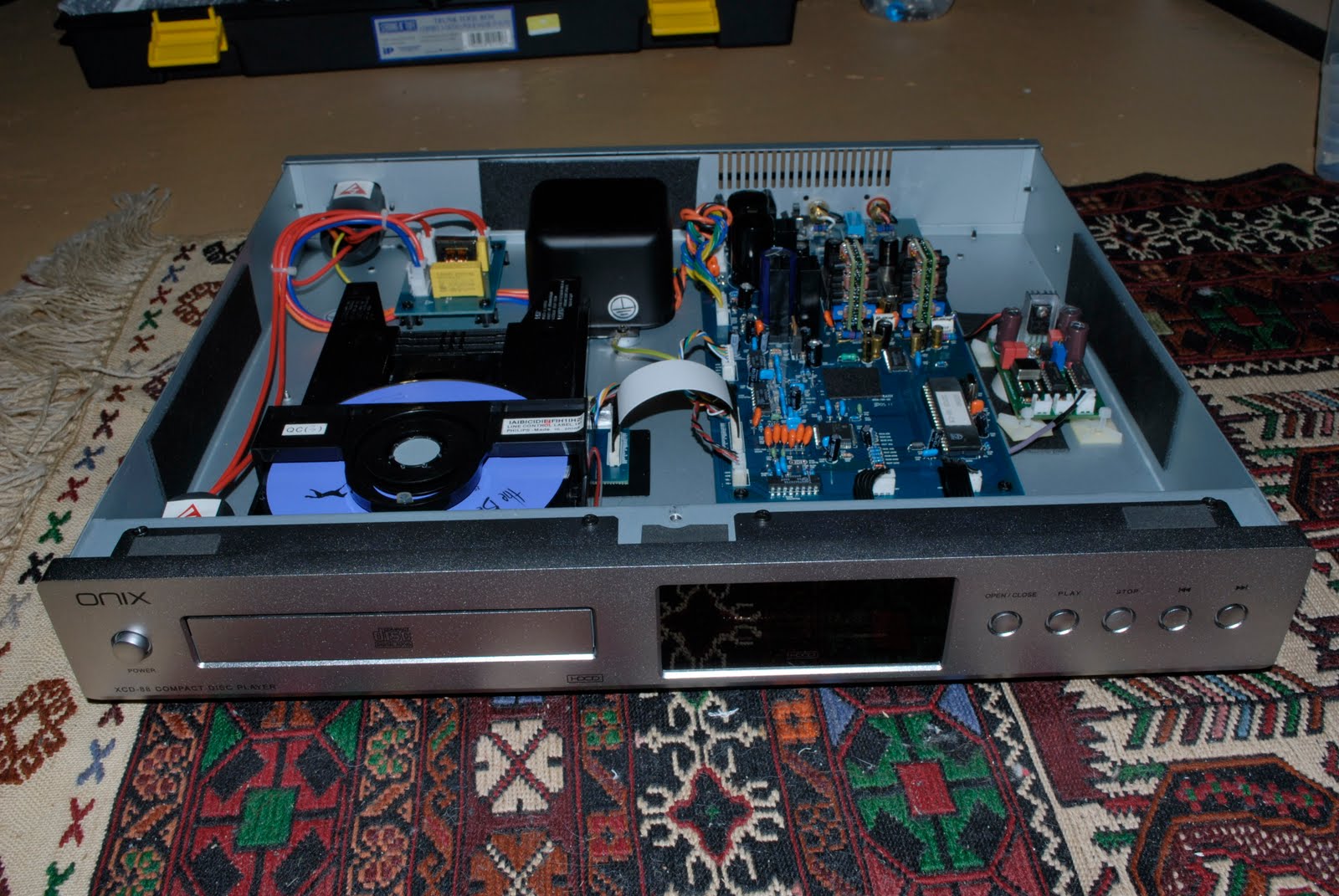 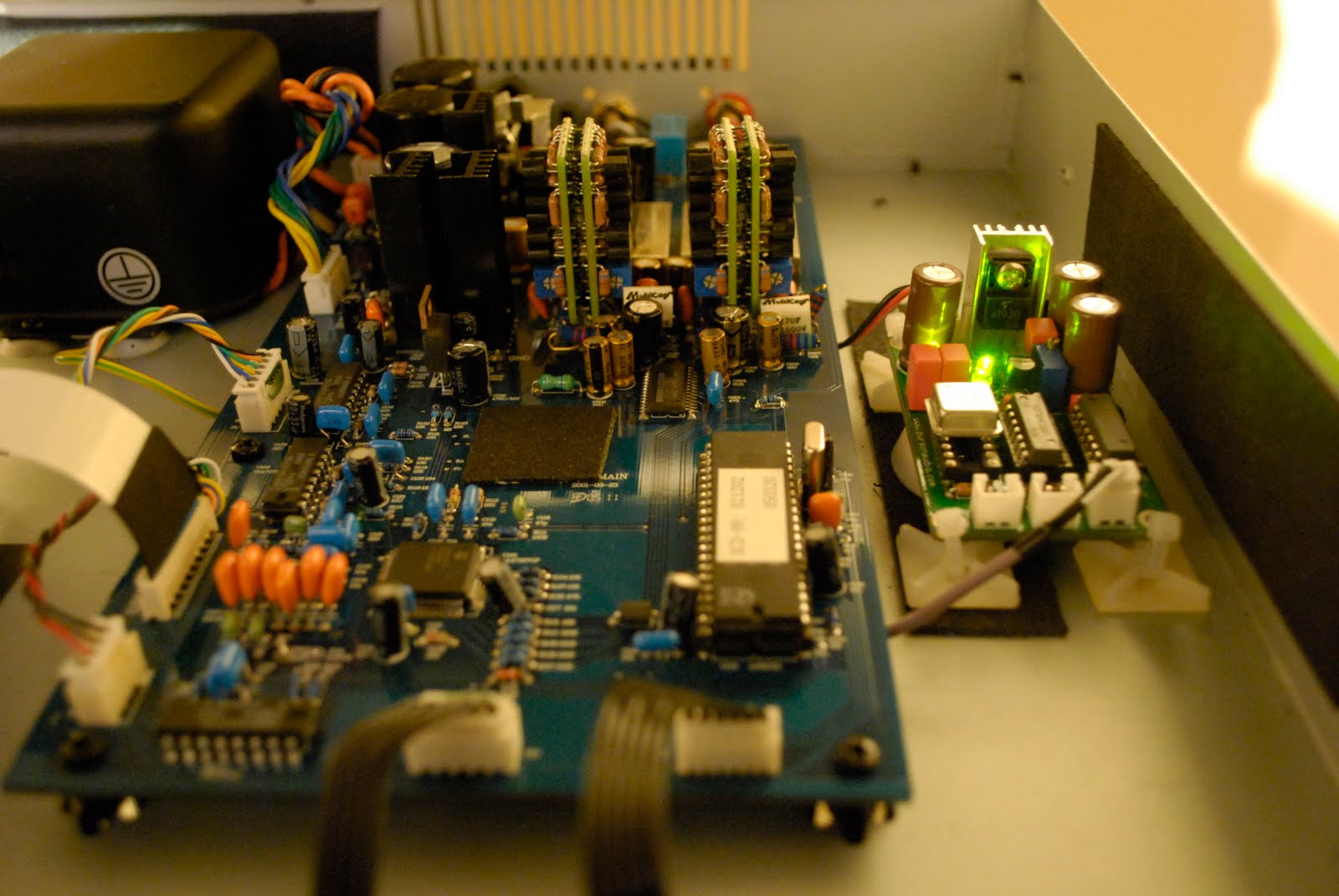 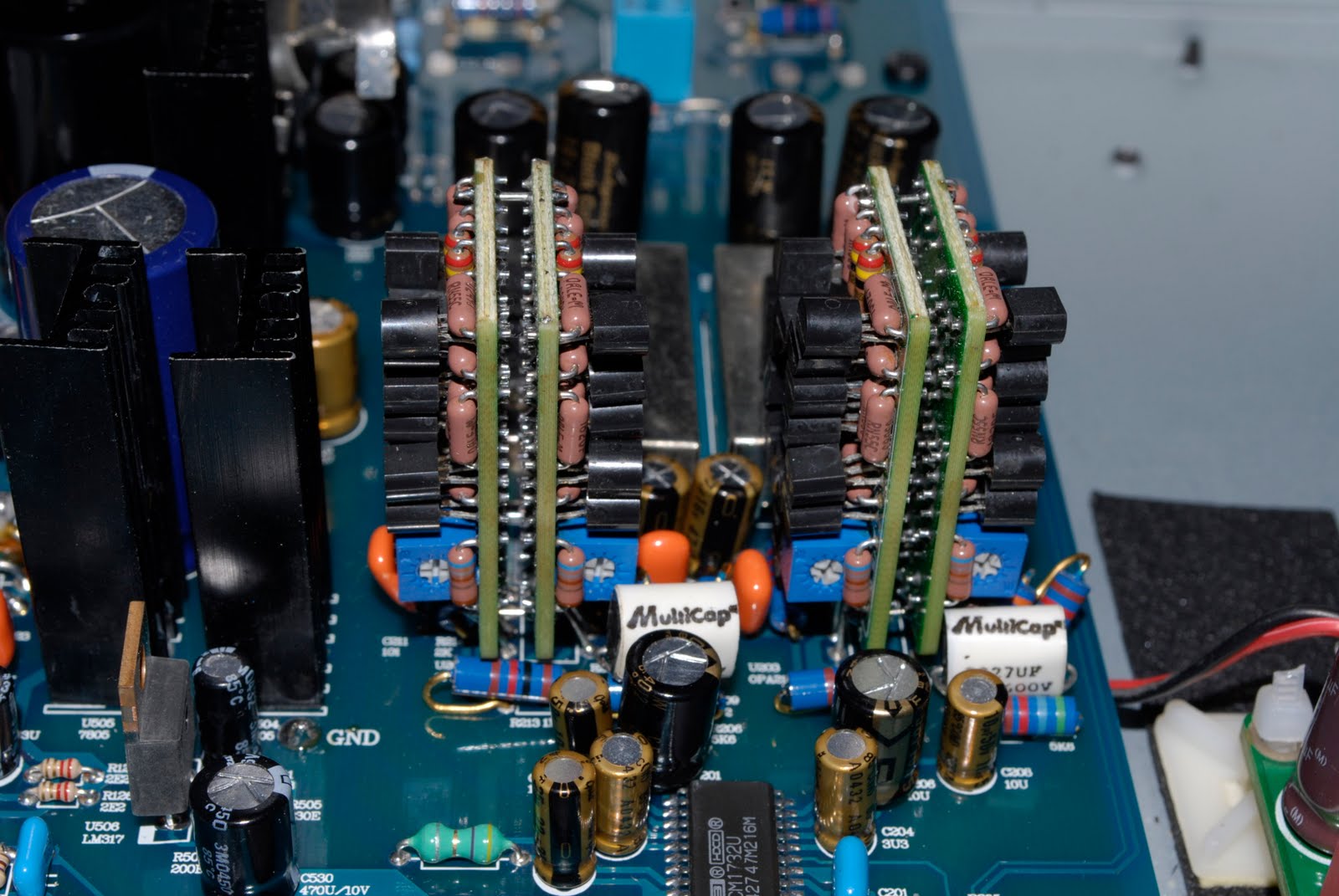 I tied the clock power source into the 15V (LM7815) regulator. This worked well, for power, as well as the clock seems to regulate down to 15v so I suspect that why it’s built in regulator is barely warm vs hot.

The discrete opamps installed well onto the Onix Audio XCD 88 CD Player vertically, *just* enough room to clear the cover (about 3mm of space). They seem to run rather warm though, not sure if this is normal. I had opa627’s dogged in a socket before, and I had to remove the socket to clear the cover. I believe the rail voltage is supplied by the lm7(8/9)15, so likely a 15-0-15 volt supply, so 30 volts between the rails.

Due to the clock and added heat by the opamps, I suspect the 15v regulators are warmer now than before, and the 7815 is warmer than the 7915, likely due to the addition of the clock load on it. To ensure longevity, I affixed a heat sink to it just to be sure (likely visible in the photos, rather ugly affair but it should help).

Now for audio. As you can probably see from the pics, this CD was modified before, namely with the help of Glen Dolick (of Sonic Frontiers) which made an immense improvement in the first place. Secondly, I built a massive (2500va) toroid transformer providing balanced power (60-0-60) strait from the circuit panel, in itself makes bad equipment sound surprisingly good. (I had to build this and test it myself before I believed the impact of power on audio)

Last week I modified my outboard DAC (CA dacmagic azur) which brought it up to a point where it was nearly impossible to tell the difference between it and the un-Bursoned CD, Prior to the DACs upgrade , the sound stage on the DAC was small and not as resolving as the CD. So knowing this, I now have a point of reference.

The CD post upgrade trounces the DAC (once again). The opamps brought out more detail and resolution, the clock seemed to fix inner detail resolution (the DAC always seemed to outdo the CD player here, in heavy transients the CD would loose) and made the sound much more organic, timing feels much better. The instruments now layered and have much more air, imaging is excellent. The final test is when I pack it up and compare it to a friends set up, but I consider upgrades a huge success when I find myself listening to my music collection all over again.

Folks, congratulations on a fine product!