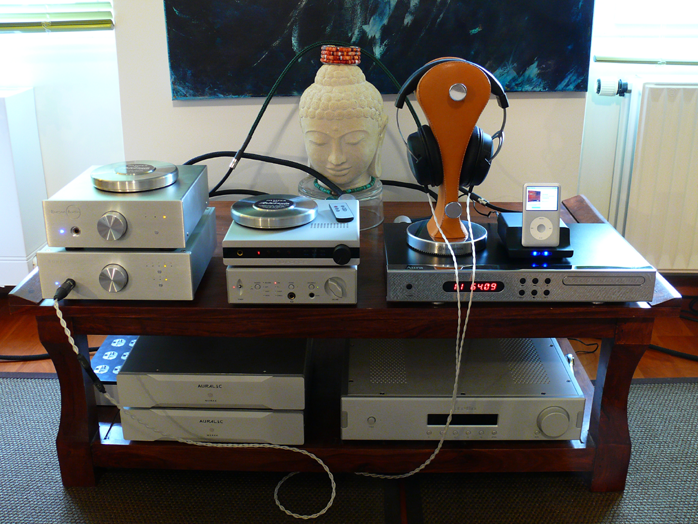 With the Conductor DAC Burson successfully adds air, top-down illumination and lengthier decays to their signature density and meatiness.

The move to Sabre injects light. As put above, that’s a top-down affair. Material heaviness of profound bass and image density remains intact. The foundation hasn’t changed. The Burson building stands where it always has. But now it’s got skylights.

It and the Korean (Eximus & Co. $2500) performed neck to neck. The close to half-priced wonder from Down Under countered with deeper tone saturation.

The Conductor spices up transparency with a more developed treble. It also resolves deeper down into the creases. Yet it refuses to cross over into needle turf. The upshot? It’s still the Burson sound I originally described for the HA-160D. It’s simply been modernized very smartly. 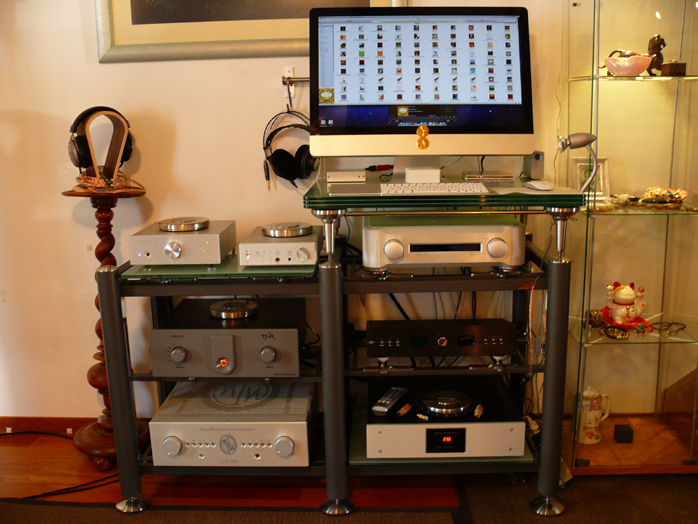 NuForce DA-100 ($1,100USD) – “Of the four competitors the NuForce was clearly leanest and brightest.”

Conductor – “The lead over the HA-160DS was demonstrable. In this foursome where each operated as all-in-one box and wasn’t tapped for isolated functions, that made for the decisive winner and beautiful validation. Apply the same rigorous principles to each function, eliminate cables and other redundancies. Rather than dumbing down, integration optimizes and elevates!”

What Burson achieved is a very tough balance. Maintaining or adding warmth whilst increasing resolution is perhaps the most difficult task in all of hifi system building. Comparing the Conductor to previous Bursons is the weekend crash course in how. It represents a higher octave of this balance, each side more heavily loaded. There’s more mass and gravitas in the left scale, more speed and light in the right. Sweet, bitter, salty and sour. It’s easy to add just one. It’s just as easy to see how that would ruin a given recipe’s balance. Adding more of everything—and in Burson’s case brilliance and bite aka treble and transients were needed most—is the real trick. In Burson’s catalogue that’s the Conductor. It’s very recognizably still the Burson sound. Now it’s simply more advanced.