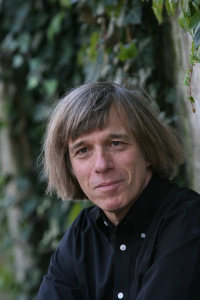 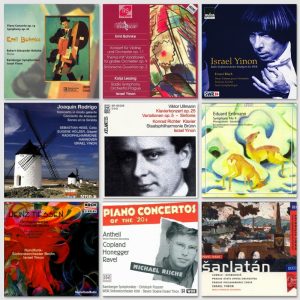 Yinon studied conducting, music theory and composition at the Rubin Academy of Music in Tel Aviv (1981-1984) and at the Music Academy in Jerusalem (1985-1988) among others, Noam Sheriff and Mendi Rodan. In May 1991 he conducted the nationwide watch live opening concert of the newly founded Germany transmitter culture . In 1992, he first conducted the Brno Philharmonic Orchestra, with whom he subsequently completed a tour of Germany and his debut CD with the recording of the symphonic works of Viktor Ullmann’s recorded. This CD was awarded the Prize of the German Record Critics’ award. Have since conducted a number of recordings for Decca Yinon, German Grammophon, Koch, CPO and other labels appeared.

Apart from the classical repertoire, Yinon devoted mainly to the discovery of forgotten and unknown works. He sat down in particular in the Third Reich as ” degenerate “forbidden composers like Hans Krasa , Pavel Haas and Erwin Schulhoff one, but also for representatives of German Expressionism forgotten how Heinz Tiessen and Eduard Erdmann . Moreover, he has established himself as a lawyer living musical composer name. For example, he brought the opera The Royal Game of Violeta Dinescu for the premiere (at the Schwetzingen Festival 1995).

Yinon interpretations are marked by faithfulness, sensitivity and precision craftsmanship. At the same time his conducting style is characterized by vitality and temperament.

When the Maestro is not conducting, he likes to listen to music and modify his audio equipment to achieve better sound.

The Maestro and the Burson opamps:

The 8x Dual Burson OpAmps arrived – they are really something! Not yet burned-in they already sounds excellent.

Thank you for this VERY VERY MUCH!

The power of my AVM (DAC/Pre) became so vast,that it seemed like the entire Hi-Fi received some stronger mains / power supply…

I am affraid that the soundstage of my AVM became even bigger and deaper than before (and it has always been very very good).

Interesting: I have now alltogether 12(!) of your discret OpAmps in my AVM DAC/Pre; I can’t replace even not one of them, without getting the sound stepping seriously back. Even your old good OpAmps can’t match with this the quality of your new creation (not even to mention trying any of the regular BurrBrown OPA627).

In principal, your discrete OpAmps are responsible for the wonderful sound quality and resolution, which is surely the most beautiful I’ve ever experienced in my system.

I am using further 4 units of them (2 pairs) in the I/V (in addition) which is the absolut best.

I chose to use at least 1 pair of OpAmps 627 in the Preamp/chain, which is “responsible” for the more direct and punchy (“knakig”) sound.

Another way to see it: The more of your OpAmps I am using – it also means increasing the resolution and beauty of the entire performance.

A note about my speaker system:

My speakers-system is build with a push-pull active SW (the PowerAmp is about 200 Watt) plus two compact 2-way main speakers, with bass-reflex tube, driven by an excellent power amp with 2×250 Watt, build by

(a German manufactory). This system can accommodate the most serious DAC’s and Pre’s and I already heard it well serving machines of the 50,000.- $ class.
The speakers have the behavior of a first class studio monitor who is producing “direct forward sound”, but it also integrating bass reflex tube which projects backwards, towards the back wall. All in all – the ideal, very natural loudspeaker system, I would say.